Relive Nature in the Tordera Delta

In the face of such special circumstances as we are experiencing, nature is showing us how beneficial the human truce is. In the Tordera delta, in Blanes, we are seeing how flora and fauna revive freely, with all the splendor of spring, without the action of man to avoid it.

The area of ​​the Tordera Delta was already considered a very rich environment for its great natural development, and therefore, several initiatives ensured to protect the space. With the storm Gloria first, and with the confinement caused by the Covid-19 later, we have seen how nature has been regaining ground in the Tordera Delta. What needs to be done, then, is to protect this environmental wealth which, by rebound, is human wealth because it contributes to our well-being on many levels. In this sense, the City of Blanes, in agreement with the population of grief, has decided to close access to the space of the Delta del Tordera, to prevent the deterioration of this new outcrop of nature. To this end, an appeal has also been made to the population to obtain their collaboration in the desire to protect this natural treasure. It is intended that no one accesses the Tordera Delta or to walk, or by boat, or to take the dog.

To study and document all these changes, a group of naturalists and scientists have been able to enter the protected area of ​​the Tordera delta, which has allowed them to observe the presence of dolphins in the sea and a whole series of birds, many of which they are protected and / or in danger of extinction: black-headed path, small path, white-headed gull, curroc, fumarell, carablanc, common and long-billed gull, Corsican gull, reed forest, among others. It is worth mentioning that right now is the nesting season, which is why it is so important to protect the latent life that will allow the natural development of this prosperous fauna of the Tordera Delta.

In addition to the different native species, they were also seen in Blanes and flying over the Delta, a group of feathered cormorants (a declining species native to Calella), which has been confirmed by ornithologists, as the largest concentration of this bird in the Western Mediterranean.

This is how nature is reborn in the Tordera delta, a small paradise in the city of Blanes, the end of the path of a river that gives life to a rich fauna and flora before reaching its maritime destination, feeding of an environment that must be preserved in the face of any danger that may threaten it. 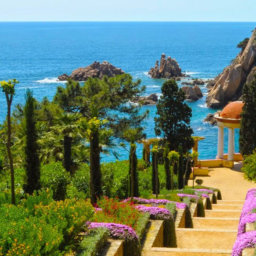 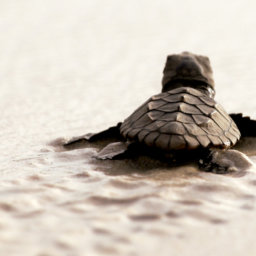